Egyptian officials said Monday that a wooden sarcophagus on display at the Houston Museum of Natural Sciences was returned to Egypt after being looted years ago. Egyptian government efforts to stop the trafficking of antiquities are behind the repatriation. AP reports that Cairo authorities succeeded in returning 5,300 stolen artifacts to Egypt in 2021. 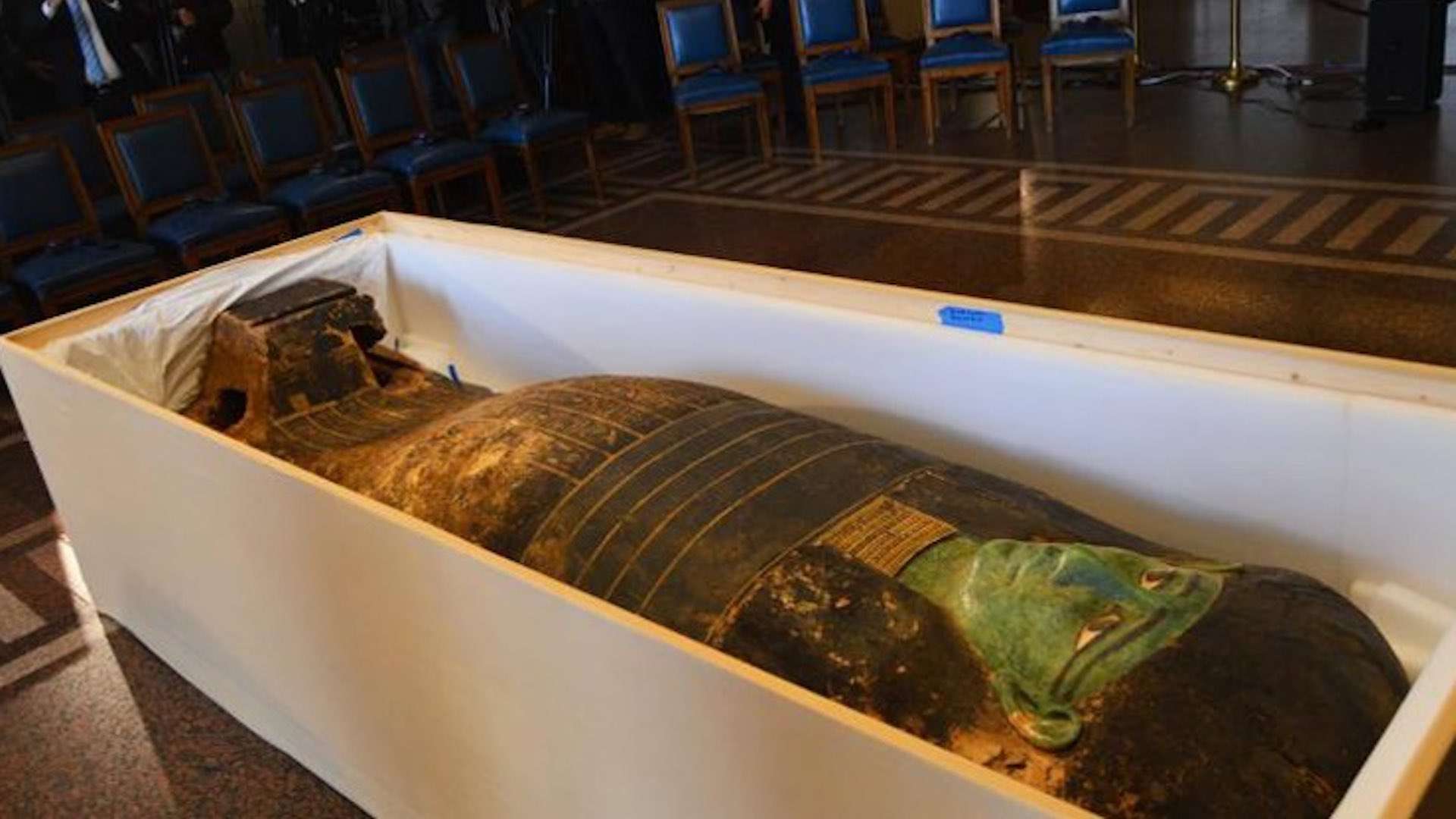 Mostafa Waziri, chief of the Supreme Council of Antiquities, said the sarcophagus dates back to the Late Dynastic Period of ancient Egypt, from 664 B.C. until Alexander the Great’s campaign in 332 B.C. The sarcophagus, almost 3 meters (9.5 feet) tall with a brightly painted top surface, probably belonged to an ancient priest named Ankhenmaat, although some of the inscription has been lost.

In a ceremony held in Cairo on Monday, Daniel Rubinstein, the U.S. charge d’affaires in Egypt, symbolically handed over the document. In more than three months, the Manhattan District Attorney’s Office determined that the sarcophagus had been looted from Abu Sir Necropolis, north of Cairo. According to Manhattan District Attorney Alvin L. Bragg, it was smuggled into the United States through Germany in 2008.

At the time, Bragg said that the spectacular coffin had been trafficked by an organized network that looted countless antiquities from the region. As Bragg pointed out, the same network had also smuggled a gold-plated coffin out of Egypt and displayed it at the Metropolitan Museum in New York. The piece was purchased from a Paris art dealer in 2017 for approximately $4 million. It has been returned to Egypt.

There will be about 6,650 job cuts at Dell
February 6, 2023
Lebanon devalues its currency by 90 percent, market rate is much lower
February 1, 2023
Indian FM presents $550 billion progressive and inclusive Union Budget
February 1, 2023