June 9, 2021
H.H. Sheikh Hamdan bin Zayed Al Nahyan, Ruler’s Representative in Al Dhafra Region, and Chairman of the Board of Directors of the Environment Agency – Abu Dhabi (EAD), has launched the largest coral reef rehabilitation project in the region, including more than one million colonies of coral reef through a replanting program, with the aim of increasing the emirate’s total coral reef area. The launch coincides with the World Oceans Day, which falls on June 8 of each year, and comes within the framework of a comprehensive plan developed by the Agency to preserve this important ecosystem and ensure its sustainability. 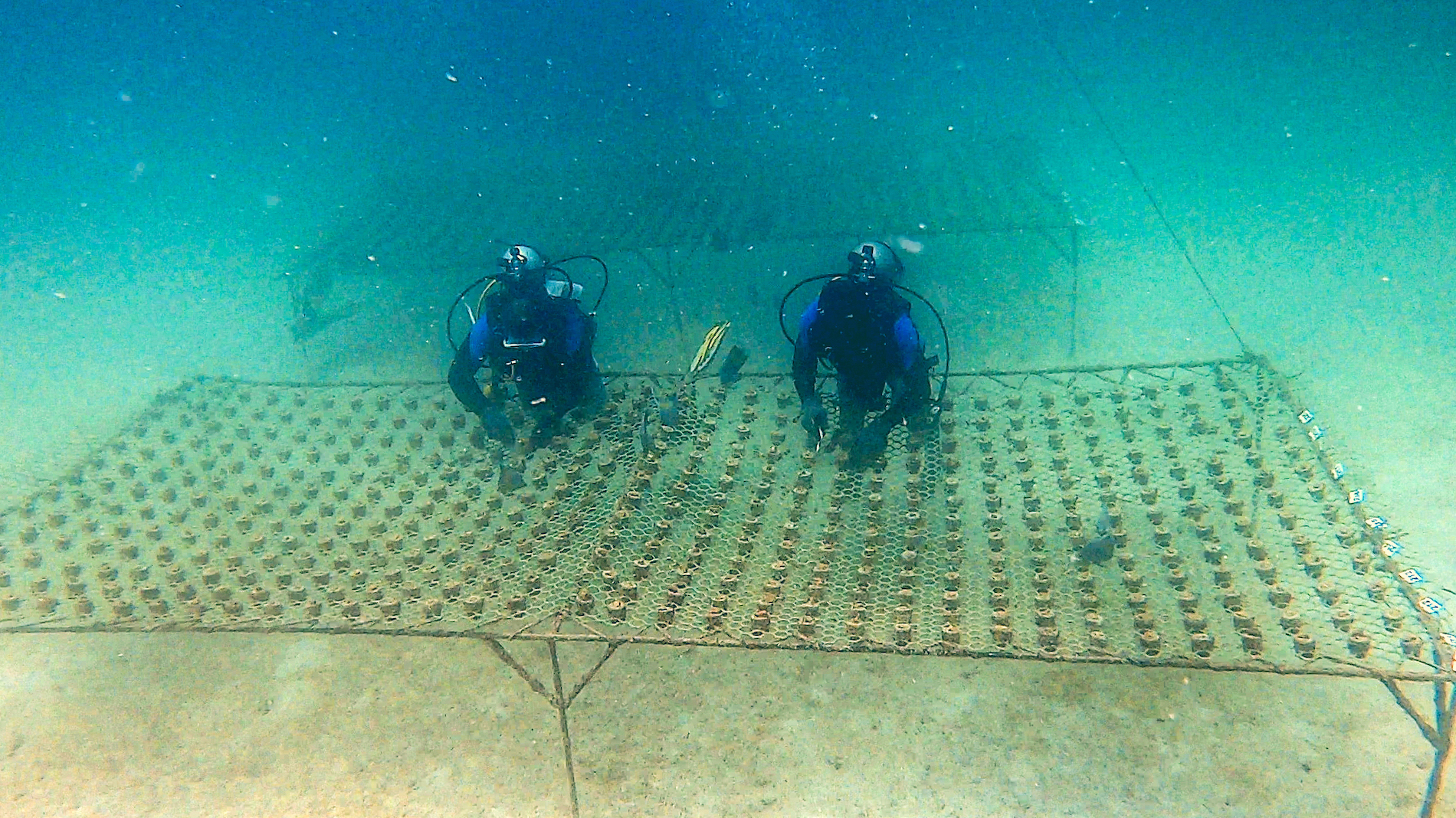 Sheikh Hamdan stressed the importance of this project in supporting efforts made by the Agency to preserve coral reefs, which are considered one of the most important and productive marine habitats. The reefs support biological diversity in the Emirate of Abu Dhabi and provides a natural habitat for many types of fish and marine life, in addition to their role in protecting beaches from erosion, as well as supporting fisheries and many recreational and tourism activities in Abu Dhabi.

H.H. Sheikh Hamdan  said: “Despite the harsh environmental conditions for coral reefs here in the Arabian Gulf, they are able to adapt and provide habitats for a variety of marine species in the region. They are highly resilient, which enabled them to adapt to the highest temperatures in the world in an unusual way, distinguishing it from other types of coral reefs.”
Mohammed bin Ahmed Al Bowardi, Minister of State for Defence Affairs, and Vice Chairman of the Board of Directors of the Environment Agency added: “The Emirate of Abu Dhabi contains 34 different types of hard corals spread in several locations, including Ras Ghanada, Butinah, Saadiyat and Alnouf. Through this program, nurseries for coral will be developed to reduce the negative impact of the natural pressures to which coral reefs are subjected due to climate change and high temperatures on the sea floor. As a result, the project will also increase the total coral area and rehabilitate affected areas to preserve the great heritage, economic and scientific value of the coral reefs.”
0
FacebookTwitterPinterestEmail
previous post

Etihad to launch summer flights to Greece and Spain

Blue alert has been issued by China due...

President of UAE meets Sultan of Oman to...